The Walking Dead comic book that inspired the hit AMC TV series comes to an unexpected end this week after 16 years and 193 issues.

And on behalf of comic store owners everywhere, I want to thank writer Robert Kirkman, along with artistic collaborators Tony Moore and Charlie Adlard, for creating new comic book fans.

When someone finds out that I own a comic book store, one of their first reactions is that business must be booming because of the success of the Marvel movies.
And while they have brought in some new readers, it's a fraction of those brought in by The Walking Dead.
More than Watchmen.
More than Batman.
The Walking Dead TV series has brought more new readers into my shop than any other movie or TV show.

And most of those readers start with the first graphic novel and plow through the other 30 volumes.
We've sold over 1300 Walking Dead graphic novels.
Walking Dead volume one is my best-selling graphic novel in the 16 years that Alter Ego Comics has been open.

One of the reasons for this is that the comics and the TV show had many similiarities, but also many differences.
For example, the TV character of Daryl never appears in the comics.
And the way that Shane dies is different in print than it is on the screen.
Like most film adaptations of books, there's a lot more material for fans to discover at the source.

So where are those readers going to go now?
That's up to my team and me to point them in the right direction.
And my top suggestion is Locke & Key by Joe Hill and Gabriel Rodriguez. 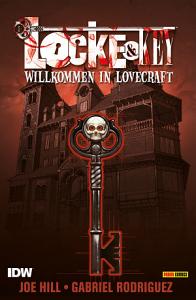 It's not an apples to apples comparison, but Locke & Key is horror based, featuring strong, well developed characters.
And it's been developed as a Netflix original TV series airing in 2020.
In fact, you can already add it to your Netflix queque!

Another option is American Vampire by Scott Snyder and Rafael Albuquerque.
It introduces a new kind of Vampire in the late 1800s, an "American" vampire.
We follow the characters through the decades, ending in the 1960s. 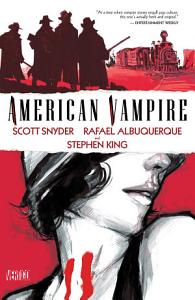 Finally, while not a horror series, I have to recommend Saga by Brian K. Vaughan and Fiona Staples.
It's Star Wars meets Romeo and Juliet with a heavy helping of Kevin Smith and Quentin Tarantino.
Saga volume one is our second best selling graphic novel and is our go to book at Alter Ego for new, adult comic book readers.
It's simply the best comic book being published. 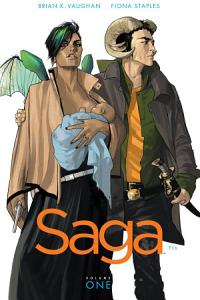 We may never see a pop culture phenomenon like The Walking Dead again.
But I hope that we do.

And with dozens of non-superhero comic books in development in Hollywood, one thing is clear - your local comic shop is the best source for these amazing stories.