In conjunction with the release of Spider-Man: Far From Home in theaters, here are three Spider-Man graphic novels to turn fans of the movies into comic book readers. 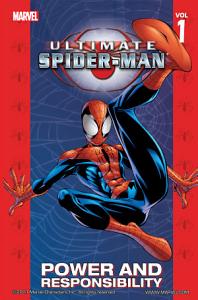 Ultimate Spider-Man Volume 1
Written by Brian Michael Bendis with art by Mark Bagley
Who is it for: Fans of Tom Holland as Peter Parker
Why it's awesome: Launched in 2000 as a re-imagining of Spider-Man for the 21st century, it's different enough from the original for older fans to enjoy and modern enough for young fans.

Bendis and Bagley were on this book together for 111 consecutive issues, setting the record for the longest continual run on a series by two people. 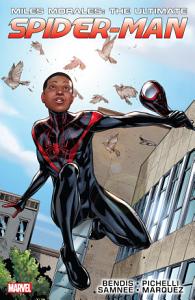 As a character, Miles is different enough from Peter that the series feels fresh and new. But the story of a middle school/high school student trying to adapt to spider-powers will also feel familiar...and that's ok. 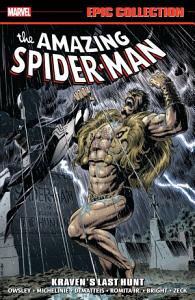 Amazing Spider-Man Epic Collection: Kraven's Last Hunt
Written by J.M. DeMatteis with art by Mike Zeck
Who is it for: Fans of the adult Peter Parker
Why it's awesome: Considered one of the greatest Spider-Man stories of all time, this story was published in 1987, just before the wedding of Peter and Mary Jane. And their relationship, as well as Spider-Man's relationship to Kraven the Hunter, is at the center of it.

This is a dark story.
Spider-Man is buried alive and Kraven replaces him, resulting in criminals being brutally beaten and Mary Jane questioning her sanity.

This is Spider-Man's "Killing Joke."

All three of these stories are easily accessible to new readers.
And they just scratch the surface of excellent Spider-Man stories waiting for you at your local comic shop.